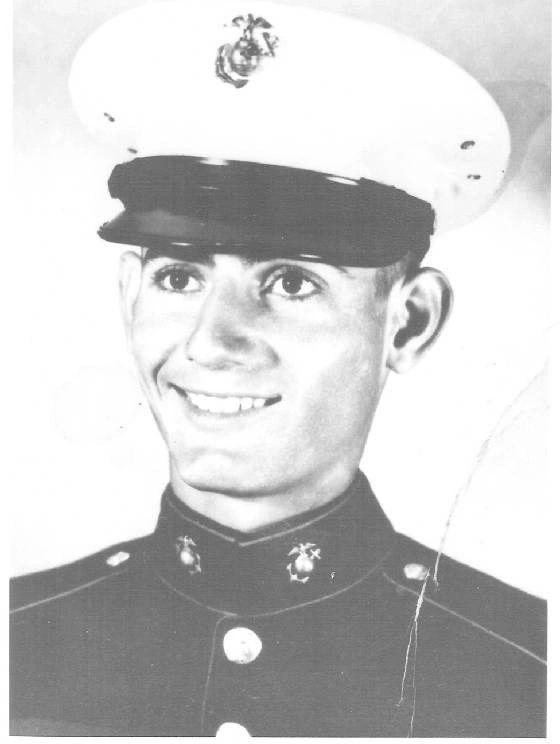 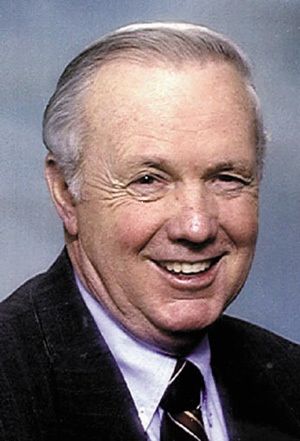 Published Friday, June 15, 2001.  Jim Davidson. Cabin Columnist
Someone once said "A criminal is a creature who writes crooked lines in the book of their lives." It is my sincere hope that this thought will come into sharp focus during our brief visit today. There is no doubt that the criminal element in our society is costing every law-abiding, tax-paying American citizen a great deal and I want to offer some insights that may be of some value.
One of the most rewarding aspects of being a syndicated columnist is that you hear from all types of people. Some time ago I got a letter from Ivan Fail of Marshfield, Mo. and he is a most interesting man. During World War II, Mr. Fail was in the Marines and fought in Iwo Jima. After the war he became a federal correctional officer and spent 29 years in three federal prisons, including the U.S. penitentiary at Leavenworth, Kan. As a result of being exposed to the criminal element and seeing firsthand the graft and corruption in the social and economic systems of our nation, he has become a very angry man.

In another letter he writes, "One of the most troubling and shameful lessons I learned was that law-abiding hypocrisy re-enforced with arrogance and double standard ethics plays a far more powerful role in generating dangerous rage in citizens in all segments of society than the experts will admit. As a father, taxpayer, voter and prison officer, I have received a college course in the causes of rage ... and how it feels to have it."

Before I move on I want to point out a couple of things that may help you to better understand his thinking. I also feel deeply about the corrupting influences in our nation but not as strongly as Mr. Fail. When you realize this man actually fought in a real war where our freedom was at stake and saw many of his buddies killed in action, then you can understand why he feels as he does.

Also, when you stop to realize that he was face-to-face with some of the most incorrigible people in our society for 29 years of his life then you can better understand the source of his anger, dismay and frustration. There is no way this experience could do anything but affect his thinking in a negative way. This kind of environment has a way of jading everything and everyone around us.

He has sent me volumes of information about various areas of corruption in our society including the politicians, the lawyers and the legal system, the ills of the health care industry, the homosexual agenda, and the real causes for the shootings in our nation's schools and many others. One true example involved a man indicted for murder and the judge who sentenced him later resigned the bench to represent this same man seeking his release. Mr. Fail said the murderer was worth $2.5 billion and that may have had something to do with it. He goes on to state that he does not advocate violence and I believe him. He, like millions of other Americans, is angry when it comes to the hypocrisy and double standards of politicians and others in our society.

While Mr. Fail may be considered extreme, his views contain the truth that many people never hear. He also says that people who have developed a criminal mind see people like me, with a Christian perspective, as a sign of weakness and someone who is an easy mark. We have had people who were corrupt, selfish and who became criminals ever since the world began, but those of us who feel deeply about our freedom can work for a better America. We must elect good people who have integrity to make and abide by our nation's laws. This means the right thing, not what is politically correct. 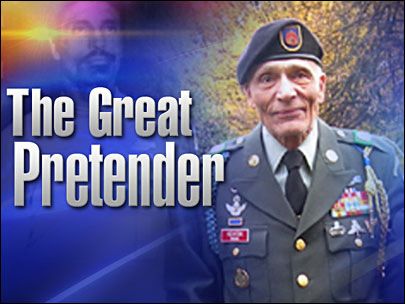 Earlier this year KATU On Your Side Investigator Dan Tilkin interviewed Lafayette Keaton, a Portland man who admitted to KATU News that his claims were bogus. Keaton said he won the silver star in Korea, and did three tours in Vietnam. However, Tilkin's months-long investigation uncovered the truth about Keaton’s military service, which included no time in combat and no Silver Star. Read about other false details uncovered in that investigation.

On Tuesday, Sept. 7, the 80 year old also admitted in federal court to stealing his dead brother's identity to get social security payments.

The U.S. Attorney's Office reports Keaton now must pay back nearly $140,000. In addition, authorities say he'll likely be sentenced to a year behind bars – in federal custody.

The Portland man has previously been honored around the state and country as a war hero. He had lectured school children about his valiant acts – telling his tales of heroism in Korea and Vietnam to students in high schools across Oregon including Milwaukie High and Redmond High. War hero impostor falls to the facts
•
Follow this story on KATU.com: Audio recording of Lafayette Keaton
KTKU.com
Commenting rules
Published: Dec 16, 2008 at 10:39 AM PST Last Updated: Jun 12, 2010 at 6:18 PM PST

Share this story with others on the Guest Book Tab - to your upper left.

alexanderpope 96p • 78 weeks ago
What kinda man are you...what's keeping you alive?

I imagine, to explain this to myself, that this poor sap started with a little lie that made him feel good then got in a pickle and had to repeat the lie in public and the lie snowballed out of his control and he couldn't turn back so the end was inevitable. I am not condoning his lie rather trying to imagine a reasonable scenario to explain his behavior. It is just sad all the way around.

Of course, people will respond negatively to my comment because this is the forum for vitriol rather than moderation.

Kinda reminds me of a little lie that snowballed a nearly 10 year war costing at least a 100,000 lives but we shouldn't discuss such things. Mission Accomplished.
rockylarock 10p • 78 weeks ago
The only argument that I'll make to your comment is that it didn't start with a little lie. It started with just another lie in a long line of lies that go way back before this started. The guy is both a congenital liar and a fraud, and his fraud didn't start with this.

pnwmom7 107p • 78 weeks ago
I can't wait to read all the comments about giving this guy a break because he's old.

He broke the law and stole from the government. He dishonored servicemen and lied to students. Age should not make a difference.
CrankyOldHippie 94p • 78 weeks ago
Pretending to be something or someone you are not - although a pretty lame thing to do, Is not in and of itself a crime.
But, pretending to be someone you are not, in order to defraud the government, Is a crime .. No different than Identity Theft with intent to defraud.
Hey - Everyone wants to be a war hero, or a grand-daughter of a Cherokee Princes .. But, when you do it to defraud, you are committing a crime, and Will get caught, eventually.
harleyj700 3p • 78 weeks ago
Show some compassion to the old man. Let the old guy go. He was in some fantasy land and got exposed. That should be punishment enough. Probably all he had going for him was this fantasy of his. He seems harmless to me. I say punishment enough. We have fraudsters in wall street get less time than that.

poorsob 103p • 78 weeks ago
This is one sad individual. Bogus is the right description.
Shobama 98p • 78 weeks ago
S*** absolute s***. Don't send him to prison. Put a pack on his back and rifle in his hand. Leave him in in the middle of Afganistan and wish him luck.

AstoundedByYou 98p • 78 weeks ago
To those of you who are saying that the humiliation is enough: How do you know that? I worked with quite a few ex-cons, fugitives, etc. and they DON'T experience humiliation. They experience regret that they got caught. AND anger that they are fugitives because "the Man" just has it in for them. Perhaps he is different, but an experienced fraudster probably has no remorse other than getting busted. Life on his brother's paycheck has come to an end, to the tune of a $140K debt. Bummer to you or me maybe, but I doubt it is to him. You are simply projecting how YOU would feel, not necessarily how HE feels (unless, of course, you know something I don't about him.)